From Asian Art Exhibition
Jump to navigation Jump to search

Meet our brilliant artists! If you wish to get in touch with them, please email committee@asianamericanheritage.org and send us the artwork/artist name.

Jiayan Ge has won the gold medal of the China Youth Calligraphy and Painting Competition several times in China. Since 2009, she has been teaching Chinese as a foreign language，calligraphy, and painting. She was employed to teach calligraphy, Chinese painting, and Chinese language at the University of Texas at Dallas.

James Wendow Lee is a member of the Dallas Chinese Art Association (DCCA).

Ke Zhou is an IT professional who loves art. 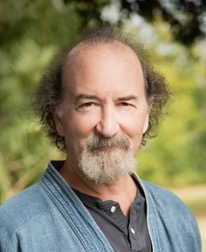 John J. Domont works in multiple mediums to create a wide circle of expressions. He receives Life as an ever-unfolding kaleidoscopic inspiration. John seeks to have his work embrace inclusiveness through his approach to universality. Having a long and successful career for private, public and commercial clients, he is available for commissions.

John began his art career as a twelve-year-old novice photographer. Today, at age seventy, he has become an international fine artist. His primary efforts are painting, drawing, photography, and writing.

His early self-taught years as a photographer took him to some wonderful assignments. From 1976 to 1983, he worked exclusively as a professional photographer for conservation groups photographing threatened habitats and endangered species around the world. His primary clients included: The Center for Marine Conservation (now called Oceans Trust), New York Zoological Society’s Animal Kingdom Magazine, Green Peace, and Defenders of Wildlife. Environmental work was harmonious with his politics and inner search. There has always been a relationship between his need for meaning and his aesthetic pursuits. In the environmental field, he attempted to unite beauty and authenticity.

His early work as a fine art photographer was focused on the decisive moment and pursing the magic of light. While photographing for conservation groups, the abstraction of water as light, movement, texture, and composition became a primary subject.  This work had all the elements of painting, and by 1983 his work was becoming painterly. He began to paint and it became the primary focus of his professional career. Since then, he has concentrated on mastering materials and processes while concurrently expanding the potential for his creative expression.

In 1985, he completed his BFA degree with honors from the California College of Arts and Crafts. One of the primary theorems he derived from art school came from a documentary film class. John’s epiphany from watching Vertov’s  A Man With a Movie Camera… one of the highest ideals of “art” is a road of self-discovery and expression, and just as importantly, could help us in the journey of discovering and sharing our common humanity.

In 1991, after nine years of painting in California, New Mexico, and Maine, he returned to his native Indiana to continue his painting with his primary focus on landscape painting. He reconnected with the essentially lyrical mid-western landscape of Indiana – fields of wheat, beans, and corn, along with native forest and vernacular architecture.

In 1998, John renovated a rundown commercial building in downtown Indianapolis. Domont Studio Gallery served as his studio, houses and art gallery. The gallery had a threefold purpose – served as the primary marketing and sales outlet for his own work, promoted contemporary works of lasting beauty, and exposed the community to the work of national and regional artists through themed exhibitions.

In 2001, John Domont received the prestigious Creative Renewal Fellowship, funded by The Lilly Endowment and awarded by the Arts Council of Indianapolis. John also received a 2nd Creative Renewal Fellowship in 2008. This Creative Renewal Fellowship Program is the second largest program in the United States, after the one in Los Angeles. He used the funds to travel to China and Nepal for 10 weeks (April, May, June, 2002) and spent his time writing, drawing, painting, and photographing.  John worked in the regions of the Li River, the Yellow Mountains, and the Yangtze River in China, continuing his artwork as he trekked to the Mount Everest area in Nepal.

November 2003 through January 2004 the Swope Museum of Art in Terre Haute, which has an outstanding collection of later 19th and 20th century American art exhibited his work. This was a mid-career retrospective.

In 2015 he sold Domont Studio Gallery and began a 3-year period of working in China. A life-long dream he had a studio on the famed “National Road” in Xian, China. A curvilinear street occupied by galleries, artists, brush and paper shops. Here he has made over 60 traditional ink scrolls on  rice paper.

John has concentrated on the “Human Journey” in figurative paintings.  He is concerned with the ideas of universal unity and a basic trust of our existence.  John has engaged in an aesthetic investigation of color, light, and form, seeking and honoring the places and moments that revealed a harmony of man, nature and aesthetic essentials.  These artworks have been organized around several continuing themes: contemporary landscapes, wilderness landscapes, begging bowls (a metaphor for receptivity and gratitude), abstract paintings, and mixed media paintings on paper.

In 2019 he originated Domont Studio in North Texas where he resides and creates extraordinary artwork. He is inspired by color and form, composition and light to create a window of experience for the viewer. John is inspired by the three forms of light… the light of nature, the light on the surface of the painting and the light of inspiration. He has aspired to learn the ways of his poetic, receptive self.  His experience … “Life is an ever-evolving, unpredictable transformation of itself of which we are a part.”  Universal inspiration is a personal connection.  He continues to pursue his passion of painting and the desire to share his artwork with the world.

Hi, I’m Princeton! I am an artist working in Austin. I’m constantly inspired by the fantastic world of science fiction, which you will see in my work. I love to draw upon how the past shapes the present and imagine how the future may turn out to be. Right now, I am focused on my design degree, but I hope to find more time to have fun and create art soon!

No biography is available yet.

We don't yet have a biography for all of our artists.

Retrieved from "https://asianartexhibition.mywikis.wiki/w/index.php?title=Artists&oldid=105"
Cookies help us deliver our services. By using our services, you agree to our use of cookies.